Paula Levine is a Canadian-American artist whose work uses locative and mobile media to bridge global and local. Her current work explores strategies by which to collapse the safety of distance and visualize the impact of distant geopolitical events in local terms. Her work examines the space between information and experience using networks, public spaces and mobile tools as means by which to build cross-cultural and geopolitical intimacy.

Her media work has been shown in many national and international venues including the SF Museum of Modern Art, NY Museum of Modern Art, the Canadian National Gallery, New York’s Lincoln Center and the Getty Center. She been awarded residencies from The Banff Centre for the Arts, the Experimental Television Center and the Djerassi Foundation, and has been the recipient of many awards and grants.

She received a 2013-14 ZERO1 Fellowship, with support from Google, Inc, for this project.

Her writings on locative media and the expanding cartographic imagination have been presented at conferences at ISEA, ZERO1, MIT and the University of Wisconsin’s Conney conference for Jewish Studies. Recent work has shown at ISEA, Interactive Futures, 09, Vancouver, British Columbia where she was also a keynote speaker.

Her chapter, On Common Ground: Here as There is published in Digital Storytelling and Mobile Media: Narrative Practices with Locative Technologies edited by Jason Farman (Routledge).

She is a professor of art at San Francisco State University and heads the area Conceptual Information Arts.

Lee Periolat has been programming since his dad brought home a TRS-80 Model III in the early 80’s. He has worked on a wide variety of projects which have focused on high-performance computing for the sciences.

Lee holds Bachelor of Science degrees in mathematics and chemical engineering from M.I.T. After working in the software industry for companies like Transmeta and Concurro, he has returned to school to get a Master of Science degree in computer science at San Francisco State University.

He recently completed an internship at Stanford University under Professor Vijay Pande, the creator of Folding@Home.

Articles about his projects have appeared at huffingtonpost.com and slashdot.org.

He teaches and does research in the Department of Computer Science at San Francisco State University.

Jeremy Mende and William Hsu’s interactive installation Narcissus 2 is part of the All Possible Futures exhibit at SOMArts Gallery, San Francisco, through Feb 13. 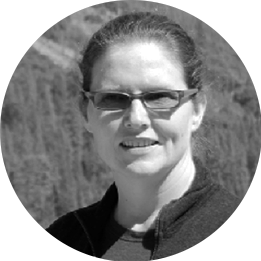 Magee Mooney, a self-described Artist/Coder/Maker, is the Lead Architect/Engineer for a startup in San Francisco. Early in her career, fascinated watching the Internet become “a thing” and curious about how it worked, Magee studied networking technologies. She wanted to know how the info moved from her desktop to the right server somewhere and found its way back. This led to an early professional focus on network and systems engineering.

In recent years, Magee’s focus shifted to the software side of things – data in particular. At SFSU, she studied with both Paula Levine, developing a deep interest in data and information based art, and with Bill Hsu discovering a real interest in how computers “compute.”